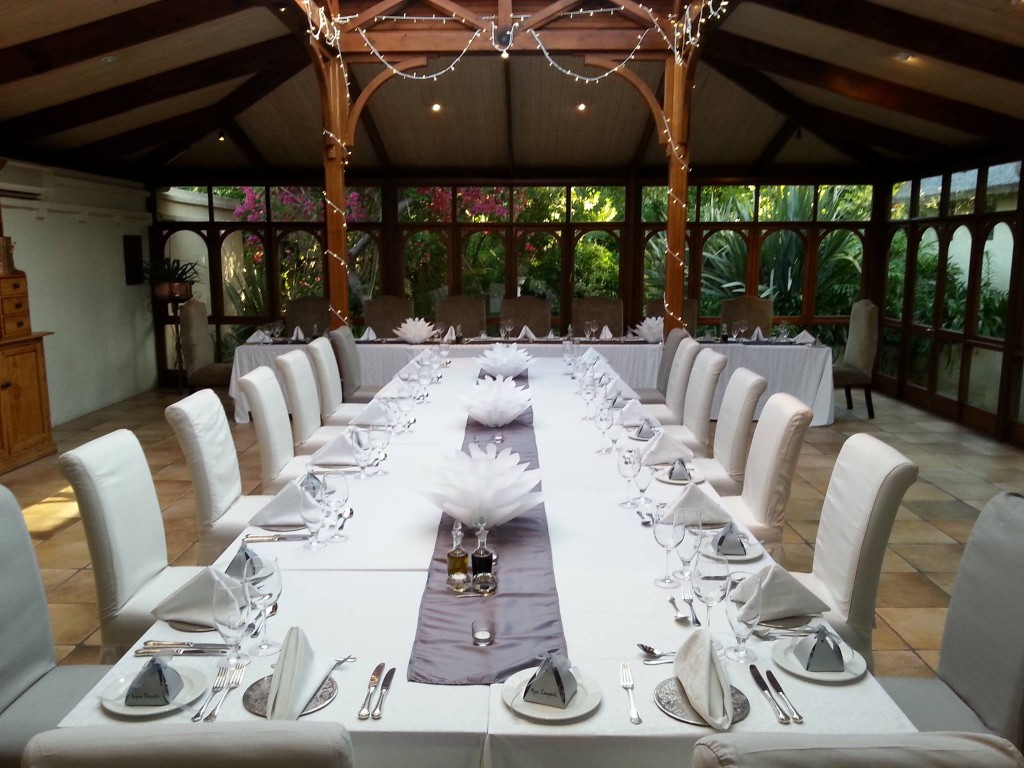 Breakfasts are served in the sunny glass conservatory and offer a selection of tasty treats to start the day. Light lunches are served in the dining room or on the lawns. The outdoor boma with its comfortable couches and fireplace, invites you to enjoy a high tea or a glass of bubbly as the sun sets over the gardens.

THE CXPRESS Garden Route Culinary Awards took place at beautiful Kurland Estate in The Crags on Monday afternoon, with the who’s who of the ‘hood’s food aficionados in attendance to either receive or hand over prizes.
At the steer of proceedings were Francois Ferreira, head honcho of the South African Chaîne de Rôtisseurs, and Anne Hadley, local foodie supreme and better half of the late Ian Hadley, who started the awards shortly after the turn of the century to acknowledge local service and cooking excellence.
Kurland chef Leon Coetzee and his crew laid on canapés* to die for after the official handover of Top 20 and Legends (those eateries consistently making the Top 20 for three years-plus) certificates, Best Of Plaques and the ultimate prizes of Best Server, Best Wine Steward, Best Young Chef, Best Chef and Special Achiever of 2014 trophies.
Representatives of Plett’s budding wine route ensured that no parched throat went unnoticed and the Kurland team attended to guests’ every other need, showing why they were worthy recipients of this year’s Best Service award.
Our thanks, on behalf of CXPRESS as media partner of the awards for the past 12 years, go to Hartman’s & Sons for supporting this year’s awards, and to Sharyn of ShowMe Plett for making everyone grin into her lens.
News of the awards’ new guise will follow early in the New Year, but suffice to say that reader participation and voting will be phased in, along with social media interaction – watch this space!

Young Chef of the Year: Michael Ashley (The Girls)